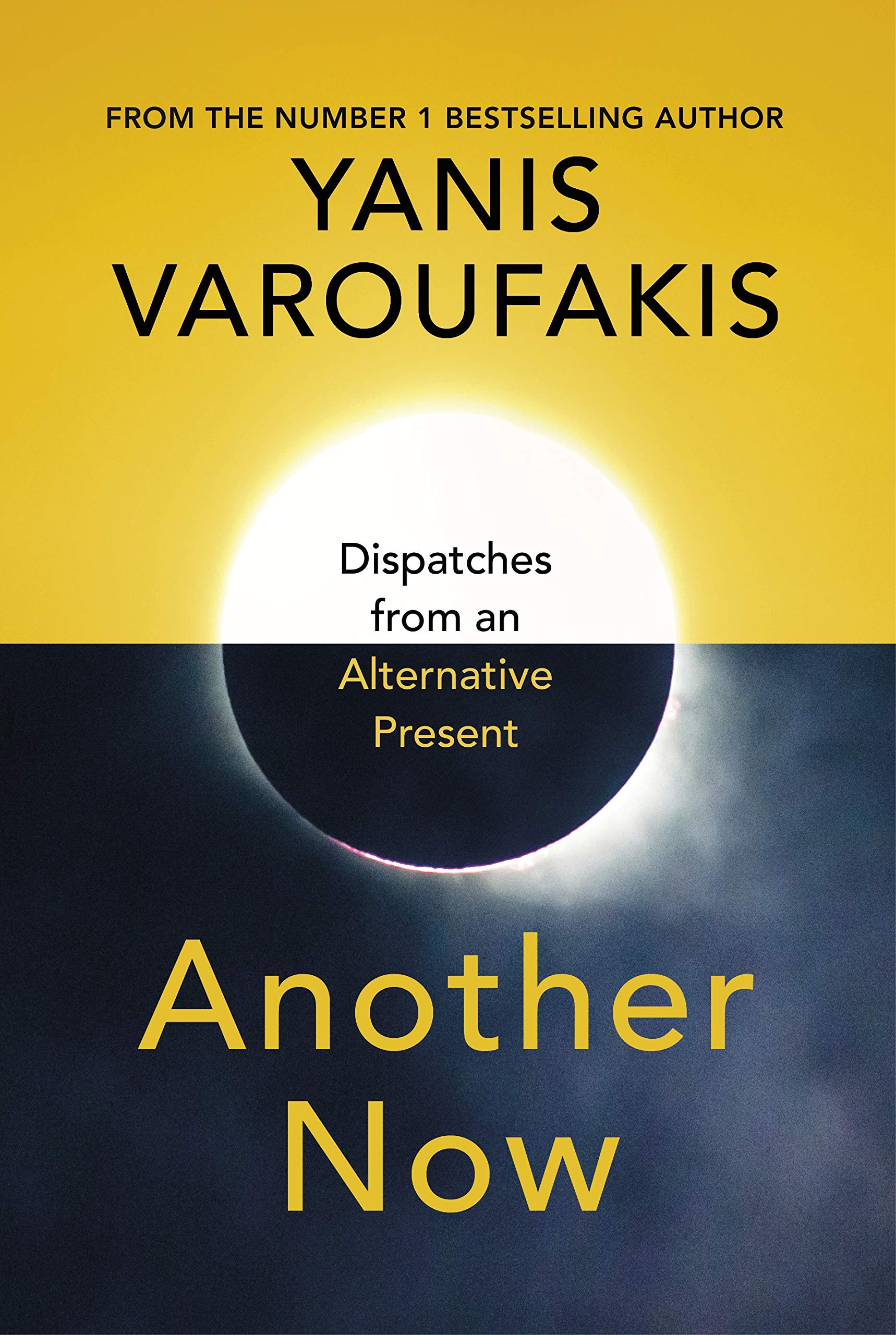 Another Now: Dispatches from an Alternative Present

Yanis Varoufakis tries to depict an alternative reality where the crisis of 2008 was actually used to bring structural change to the world and persuades us that a world without rampant capitalism (but still with markets) is possible and maybe much more beneficial to the whole of the society than what we currently have. Reading the book felt like he's now trying to disprove the current notion that capitalism is the only possible economic mechanism humanity can have and tries to paint a rosier alternative of collective markets with hacktivism and democratic and genius measures to protect us all.

Markets will be free after capitalism

This idea is pretty much gathered from the fact that joint stock companies and shares trading is the ultimate essence of capitalism that is growing with speculation (if the stock trading, futures and all that crap is confusing, one can just look at the roaring crypto currency markets for the last five years and things will be clear). This is the ever growing feedback loop that people can buy from future and use it to trade in the now all with the trust in the future. This vicious cycle makes winners so big that after a while that, playing in the market is just a long con for these already big winners to win more until the bubbles they create burst. When you liberate markets from these malicious financial mechanisms, people will be free to exchange and compete in more just market. Or so the author claims.

Democratic companies will be more efficient

This is again a very interesting idea that each person working for a company has one share in it that they cannot exchange that share with anyone else. This looks like a constraint from the get go but in a detailed look, it turns out that this makes the companies much more democratic. Employees of a company decide how to invest the earnings, they decided what to work on etc. This creates a more syndicalist environment where there's a flat structure and rids of the despotic hierarchy of management. On top of that, whenever someone joins a company they bring their capital that's allotted for them by the country's central bank so they can decide on how the company will invest their capital.

Let's play the devil's advocate and point out what could go wrong with these ideas anyway.

Coming from an author who is proclaimed as an "erratic Marxist", this book accepts the fact that markets without joint stock companies and the ban of the exchange of these shares is the ultimate form of human endeavour that is going to unlock the human potential. This feels like a sad departure from the Marxist line or non-authoritarian communism and kind of accepts a more liberal approach to human exchange. Author then tries to criticise himself through one of the characters by protesting the fact that with markets, all human connection is reduced to a series of transactions which drains the soul of humanity anyway.

Is it a good idea to thwart greed?

Banning stock trading is to ensure people with power don't get greedy over time to devise a system that is going to devour itself at the end. But without it, what would happen to human entrepreneur endeavour and greed? How would progress be affected by this? How do we make sure that groups of people collaborate on important issues such as climate crisis and global poverty?

Can we thwart greed at all?

We have to bear in mind that there's no perfect system and people will always find gaps in them. Doesn't that conclude there's going to be greedy people anyway and some of them might find the way to game the system or even revert it to its older and cruel form?

Can companies be really democratic?

Varoufakis thinks that each worker with a share will create the perfect syndicalist democratic institutions. But we all know that we are gullible, open to suggestion and can be misled by ill meaning individuals. He even designed the bonus scheme of these companies as a eurovision style voting system. This system alone is open to misdirection and will generate moreequalpeople in the company anyway.

Author simply transforms some of the largest global institutions of the capitalist world into democratic fairness enforcing market mechanisms such as IMF where the institution's main objective becomes the regulation of global trade and elevating the poorer countries by making long term and green investments in them. But how do we make sure these institutions themselves stay true to the principals laid out in the book? How do we know they will not get corrupt over time?

Nevertheless it is always fun to read Varoufakis and apart from the quick summary style of how the online revolution actually took place, I especially liked the idea of conversation as the medium of explaining the author's ideas to the readers. Although you can find holes in the ideas, it is refreshing to see minds are still working on finding alternatives to this bleak, anxiety ridden reality called capitalism that we have to endure living in. Solidarity!